Is Bare Metal Cloud the Next Big Thing in Infrastructure Technology? 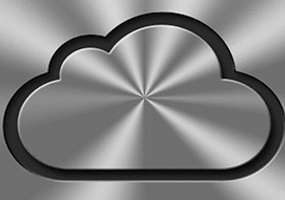 Organizations worldwide are striving to architect a business technology platform that is superior to their competition. Research analysts have discovered a new trend in infrastructure technology that could spell big problems for cloud based IaaS providers.

According to a new report released by Cypherpath, businesses may be more willing than ever to begin implementing bare metal cloud in their environments. In fact, Cypherpath has boldly predicted that 2017 is the year of “Bare Metal Cloud.”

What does this mean for businesses? Bare metal cloud is poised to become a game changer for organizations that require robust data center performance at an affordable price. Here are a few indicators showing that businesses might be ready to embrace the bare metal cloud.

Just a few years ago, businesses made such a fuss about moving workloads to Infrastructure as a Service (IaaS). With GitLab announcing that it is ditching the cloud to move to bare metal, many experts wonder if other businesses will begin to do the same.

The Register reports that GitLab’s migration from cloud to bare metal cloud came down to two factors: Cost savings and performance.

Pablo Carranza, the lead infrastructure architect at GitLab, is quoted in the article as saying, “What we discovered is that yes, you can keep spawning more machines but there is a threshold in time, particularly when you’re adding heavy IOPS, where it becomes less effective and very expensive.”

Carranza continues saying, “At a small scale, the cloud is cheaper and sufficient for many projects. However, if you need to scale, it’s not so easy.”

Last year, Dropbox made headlines when it boldly proclaimed that it would migrate most of its AWS workloads into Dropbox’s private data center facilities.

Dropbox claims that it moved over 500 Petabytes for over 500 million users in its data center migration. Like GitLab, Dropbox cites cost savings as one of its main factors for moving away from the public cloud.

Cade Metz from Wired Magazine writes, “If you’re big enough, you can save tremendous amounts of money by cutting out the cloud and all the other fat.” Metz goes on to say that Dropbox is now “That big.”

With Dropbox and other notable vendors dropping AWS, Azure and others, is it possible that cloud IaaS has reached a tipping point for some larger businesses who wish to slash infrastructure costs?

The Journey from Cloud to Colo

If you go back and look at the history of modern computing, you’ll notice a cyclical pattern. Technology seems to trend towards centralization until it hits an elasticity point. From there, technology trends begin to conform to decentralization standards. The pattern keeps happening over and over.

With all of the new data center facilities popping up around the world due to the massive investment in IaaS based virtual machines, hardware manufacturers have been forced to compete on price. These cloud datacenters are notorious for using low end servers. These compact low end servers can be virtualized and scaled in the public cloud.

Even though industry analysts feel as if there is a race to the bottom in terms of IaaS prices, the unexpected consequence is that data center hardware has become significantly cheaper all across the board.

This is a game changer because data center colocation may actually prove to be a more affordable option in some instances. The other advantage of bare metal cloud is the increase in performance. For some organizations, applications must operate rapidly and without interruption.

While companies like GitLab and Dropbox are businesses that were born in the cloud, many analysts believe that other cloud native organizations may begin to start embracing the bare metal cloud approach.

« 5 Tips that could prevent a data breach at your company