Why Are Companies Ditching the Public Cloud? 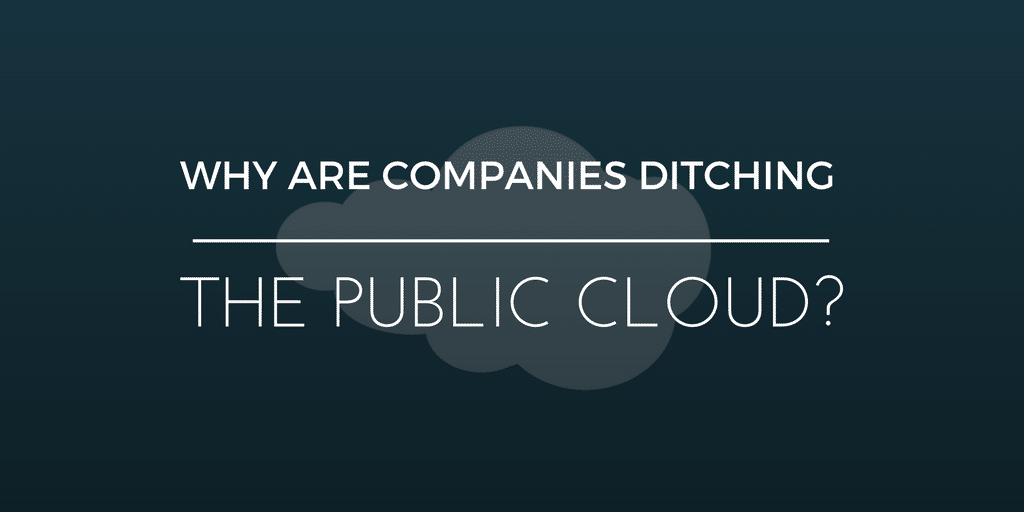 Several notable organizations have rethought their decision to deploy cloud based infrastructure. Data center colocation continues to be the most popular alternative to cloud based servers. Experts suggest that there are several factors that could be motivating these businesses to move from cloud to colo.

This has caused businesses to rethink their IaaS deployments while examining the benefits of owning, operating and managing physical hardware in colocated data centers.

Here are 3 businesses that have recently transitioned from cloud to colo:

Who doesn’t like getting a good deal? Groupon is company that connects consumers with businesses that publish exclusive online coupons.

Groupon claims that its operations simply outgrew the cloud. In a recent interview, Chatha explained that Groupon had reached “A certain scale and maturity” and that migrating Groupon’s data center into a colocation facility was the next logical step.

Groupon’s chief data center architect goes on to say that their move to colo was made in part by their desire to gain more control over their data center operations.

Dropbox announced in 2016 that it had successfully moved all of its customers data onto servers that are hosted in colocated data centers.

Analysts note that Dropbox had been wanting to migrate away from the cloud for years. Dropbox says that customers did not notice any interruptions during the cloud to colo migration. In fact, Dropbox claims that their new colocated data centers will provide increased efficiency for end users who need to rapidly access files.

Dropbox says that its ability to scale while providing the best security for its users are the key drivers behind its recent migration to data center colocation.

Moz is a company that provides website publishers with website promotion tools. The company has grown to be one of the dominant players in the marketing world by providing publishers with the tools they need in order to gain rank in search engines.

In 2014, Moz began the process of ditching the cloud by moving its infrastructure into a colocated data center. At that time, the new CEO Sarah Bird had realized that the company could save nearly 60% on its IT infrastructure costs by migrating from the cloud to colo.

“We create a lot of our own data at Moz, and it takes a lot of computing power,” writes Bird on the Moz blog.

“Over the years, we’ve spent many small fortunes at Amazon Web Services. It was killing our margins and adding to product instability. Adding insult to injury, we’ve found the service… lacking,” Bird went on to say.

Is Cloud Holding Your Business Back?

Could your business benefit from moving its IT infrastructure into a colocated data center? For many businesses, they must take the time to evaluate the costs of cloud servers and compare those costs to the total ownership costs of operating servers in a leased data center.

In some instances, the costs of cloud servers could be hampering your organization’s profitability. Businesses must crunch the numbers and carefully consider their unique infrastructure requirements in order to determine which type of hosting provides more value. We can help determine the best solution, just let us know when you want to chat!

« Some of the Most Exciting Tech Trends for 2017

Why Do Companies Adopt an ITaaS Model? »