How to Build Your Own Web Crawler Using an Ubuntu VPS 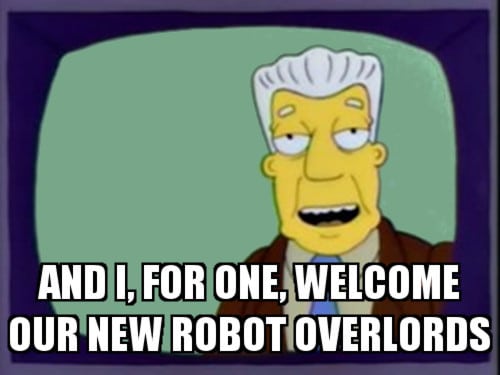 If you want to learn how to build your own web crawler using a VPS, have you considered using Scrapy? In this installment of ColoCrossing Tutorials, we’ll go over the basic functions of the Scrapy web crawling app.

Scrapy is an open source application that is used to extract data from websites. Its framework is developed in Python which enables your VPS to perform crawling tasks in a fast, simple and extensible way.

How to Install Scrapy on Ubuntu 16.04 LTS

As we previously mentioned, Scrapy is dependent on Python, development libraries and pip software.

Python’s latest version should be pre-installed on your Ubuntu VPS.  From there, we will only have to install pip and python developer libraries before installation of Scrapy.

Before continuing let’s make sure that our system is up to date. Let’s therefore log into our system and gain root privileges using the following command:

We can now make sure everything is up to date using the two following commands:

In the next step we are going to install Pip. Pip is the replacement for easy_install for python package indexer. It is used for installation and management of Python packages. We can perform that installation using the following command:

Once Pip is installed, we will have to install python development libraries by using following command.

If this package is missing, the installation of Scrapy will generate an error about the python.h header file. Make sure to check the output of the previous command before continuing with the next steps of the installation.

Scrapy framework can be installed from a deb package. Try running the following command:

The installation will take some time and should end with the following message:

If you see that, you have successfully installed Scrapy and you are now ready to start crawling the web!

Before you start scraping, you will have to set up a new Scrapy project. Enter a directory where you’d like to store your code and run:

This will create a “myProject” directory with the following content:

– you’ll import your code from here

– spiders/ – a directory where you’ll later put your spiders

We are now going to create our first spider and execute it to collect some information from the web.

Spiders are classes that you define. Scrapy uses spiders to scrape information from a website (or a group of websites). This is the code for our first Spider. Save it in a file named “quotes_spider.py” under the “myProject/spiders” directory in your project:

for url in urls:

What this code will do is basically navigate the two following webpages that contain quotes from different authors and save them in html files named, quote-1.html and quote-2.html:

Once you have saved the file with the code you are ready to execute your first crawler using the two following commands:

The execution of the spider should end with the following line:

If you list the files in your current directory you should see the new html files generated by the spider:

In the following example we are going to extract the information of each author, following the links to their page and save the result in a JSON Lines format file. We will first need to create a new spider named author_spider.py with the following content:

if next_page is not None:

We can now execute this new crawler with the following command:

This will create a file named author.jl with the content of the extraction. The JSON Lines format is useful because it’s stream-like, you can easily append new records to it.

This is just a brief overview of the Scrapy app. It looks like you could do perform some pretty sophisticated tasks using Scrapy on your Ubuntu VPS.

If you’d like to learn more about Scrapy, the best thing to do is to take a deep dive into Scrapy’s documentation.

« How to Strengthen the Security of MySQL on your VPS

5 Reasons to Colocate your VoIP Infrastructure »

Data Security for Small Business March 9, 2020
Why Location Matters When it Comes to Data Centers February 24, 2020
How Colocation Can Help Scale Your Business February 4, 2020
What to Learn From History’s Biggest Data Breach. January 20, 2020
What is Managed Hosting? December 11, 2019
Data Center Improvements at ColoCrossing.com November 18, 2019