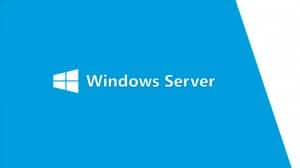 Did you know that Windows Server 2016 Technical Preview 3 was released on August 19, 2015? Microsoft is gearing up for the much anticipated release of Windows Server 2016 because the OS could prove to be a game changer in terms of hardware and application virtualization. The big emphasis for Windows Server 2016 is process isolation, ease of management, and cloud capabilities.

With the release of Windows 10, Microsoft has taken the opportunity to revamp their Windows Server OS and equip the platform with modern capabilities. One of the top features found in Server 2016 is Nano Server.

Nano does not replace a Windows Server distro; Nano is a scaled down instance of Windows Server 2016 that is optimized for IoT, cloud and specialized devices. Nano Server will be smaller, faster, and since there are less moving parts, the microserver will be less likely to experience blue screens.

Management of Nano can be accomplished using WMI and PowerShell. Other virtualization enhancements are rolling upgrades for Hyper-V. With the new Hyper-V, you’ll be able to hot add or remove virtualized hardware such as hard disk space, network interfaces and RAM.

Using containers, applications can be isolated from the underlying operating system. This keeps the OS secure and separate from the applications running on top of it. Some analysts have suggested that the popular Docker platform will be able to run on the Windows Server 2016 architecture.

Windows Server 2016 has introduced a rather unique concept called nested virtualization support (NVS). With NVS, you’ll be able to run Hyper-V servers within an existing Hyper-V environment. This is helpful for building testing labs or dev labs for your programming team. This advanced feature allows you to build an environment that is separate from your production infrastructure without having to buy additional hardware.

Think of the Host Guardian Service as a lock that prevents unauthorized hosts from accessing the Shielded VM. VMs can also be encrypted using Windows Server BitLocker through a Virtual Trusted Platform Module (vTPM).

Besides storage, security, and speed, one of the biggest draws for Server 2016 is its system management improvements. The biggest upgrade for system administrators is the introduction of PowerShell 5.0. Improvements in Powershell give administrators the ability to manage the entire network using scripted commands. PowerShell was designed to replace the command prompt and the scripting language provides Windows with a nascent management infrastructure since the code is based on the .NET Framework.